One thing I learned in my years in retail is that the greatest of ideas are worthless unless you can sell them.  I decided to cool my heals about looking for a new plane until I found out if it were feasible to sell the one I had ; alas, there was no pipeline full of money to support more than one airplane.  And since we were still in the so-called “Great Recession” all bets were off.  An ad was crafted to place on Barnstormers (sorry Trade-A-Plane) to see if anyone were interested.

The number of people who responded to the ad was astonishing.  And, the replies came from around the world.  You wouldn’t have guessed there was any kind of economic downturn.  Of course, some of them were just kicking the tires; and, others just wanted to converse.  But many of them were legitimately interested to one degree or another.  One of the first who sounded interested was a fellow named Ted from Canada.  Ted and I traded quite a few emails and I can recall telling my then wife that Ted just wanted to chat; I doubted that he was a serious buyer.  But another thing I learned in retail was to never stop trying to sell, so I didn’t categorically dismiss Ted’s inquires.  And there were about four others who were seriously interested as well.

Over the course of two months I conversed with so many people that I lost track of the emails; I couldn’t recall what I had told to whom.  There were three guys who were likely buyers, not counting Ted; and, two of them showed up to look the plane over and fly.  But a sale wasn’t immanent.  And there was Ted.

Gradually, the discussions with Ted became much more detailed and I realized that Ted was serious.  We ultimately got to the point where we had to figure out a way to close the deal.  24MC was due for an annual and, in short, Ted and I agreed  that I would take it to a mechanic, Keith Peterman,  that was recommended by (again) Ken Erickson and based on the results of that annual, Ted would decide if he wanted to buy the plane.  Not feeling compelled to sell this plane, I told Keith that he was free to answer all of Ted’s questions and disclose anything and everything to Ted about his findings.  Well as a result of that, and unbeknownst to me at the time, Ted told Keith that if , in fact, Ted bought the plane, it was Ted’s intention to take the plane to Steve Wolf, the pre eminent  Abi Wan Kenobi in the Pitts world, and have Steve double check the work.   Professional pride is a great motivator and Keith became quite motivated; $4,500.00 worth of work later, 24MC emerged from the annual.  Ted wanted to buy.  There were no other S2As available at the time. 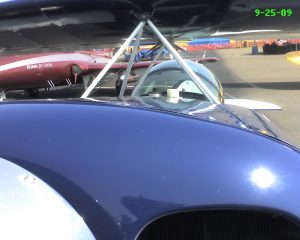 Quite frankly, I didn’t care whether the plane sold or not; and as a seller, that is a great  mindset.  So, when Ted offered somewhat less than my asking price I politely refused.  Ted then offered to pay my asking price if I flew 24MC with him to Florida, Ted’s winter home.  Ted was offering to buy the plane sight unseen and my retail instincts were screaming “ACCEPT”.  And the thought of the ultimate cross country flight was irresistible, even though I had never dreamed of attempting such a feat, let alone in a Pitts.  Not wanting  to take any unfair advantage of Ted, I offered to take the plane off the market until Ted had the chance to fly to San Luis to inspect the plane.  And we agreed further that if he didn’t like it, then the deal was off, no harm, no foul.  And finally, if he liked it, we would fly it to Florida together.    Wanting to give Ted all of the options to decide not to buy the plane, I told Ted that the sale would wasn’t final until we crossed the border between California and Arizona. (I believe that this provision was actually added the Bill of Sale, but I didn’t keep a copy and can’t be sure). And, we agreed to split the fuel cost….I wanted to make that flight.  Ted happily agreed.

And thus the adventure began.  Ted arrived in  San Luis Obispo on the Friday following Thanksgiving in 2011.  He loved the plane. The final paperwork was attended to Saturday morning and at about noon we embarked for Florida.  One of my biggest concerns was the distance required between some of the fuel stops in the southwest; another was, of course, the weather that we might run into.  Both of these concerns were dispelled by one simple factor that we couldn’t have predicted–a 40+ mph tailwind that we picked up around Blythe, California, which continued all the way to Florida.  And the weather was spectacular; we literally saw NO clouds until we were east of Texas. On Tuesday, after 16 fuel stops, 24MC arrived in Florida; the deal was done.  It was a blast.  But somewhere around the time that we were over central Texas regret on having sold 24MC crept in. I vowed that my next plane would be another Pitts.

After spending two days in Florida and meeting several delightful folks, all friends of Ted and his lovely wife, I boarded a commercial flight and was home, back in Avila Beach, California, in just a few hours.