On any day in December, 2011, you could have found me pouring over the pages of Trade-A-Plane or browsing the listings at Barnstormers. There wasn’t a lot to choose from under the Pitts listings (there never is) but all I needed was one; and, as luck would have it, I found one and it was less than 200 miles south of me at KVNY. Numerous emails and telephone calls ensued and at the end of the day I bought my second airplane.

N6034S is an Pitts S2B built in 1988. Fortunately for me, the prior owner loved to work on the plane, more than he liked to fly it; at least that is my assessment and I may be wrong about it. 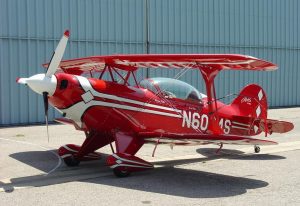 However, there is no escaping the fact that the former owner spent a LOT of money upgrading 34S and that was a major factor in my decision to buy it. Read that to mean he swapped out the radios and put in new Garmin equipment including a Mode S transponder linked to a Garmin 496 GPS. Fuel totalizer.  406 MHz ELT. Strobes. Fire extinguisher. Hooker harnesses. Bose headset jacks. And, oh yes, a 3-bladed MT prop. There was only one weak link: the plane was still covered in its original 23 year old cotton fabric, but, what the hell.

For the most part, 34S flies just like 24MC except the pitch forces are a bit higher and it sinks like a rock when the power is pulled back, but the transition was a non-event. However my purchase of 34S coincided with rapid rise in 100LL prices and the IO540 consumes 33% more fuel than an IO360. 34S was however significantly faster in cruise and I ignored the fuel costs as much as I could. My flying preferences remained unchanged: I stuck to my usual haunts for the proverbial $100 hamburger with an occasional side trip.

At least two instructors had tried to teach me the “proper” way to wheel land a taildragger, but neither or them succeeded. I was petrified at the thought of trying to land a plane and having to push the stick foreward. But, for whatever reason, wheel landings fascinated me and I decided to teach myself; fortunately, I didn’t bend anything in the process and eventually got to the point where wheel landings scored somewhere between acceptable and good about 75% of the time (as long as I had a real long runway to work with); the other 25% were salvageable.  But then the three point landings, which had served me quite well for years regardless of the wind conditions, went to crap; I couldn’t win.

For the most part I still stayed away from aerobatics, but I did begin to take a keen interest in inverted flight and slow rolls.  For fun, I would roll inverted and stay that way while I tried to follow a road or navigate off of the GPS; the roads were a hell of a lot easier than the GPS.  These diversions could become distracting and on one such occasion after rolling inverted my ink pen fell free from its storage place and was rolling around in the now inverted canopy.  I hesitated to roll upright because the pen could have ended up in one of several place that defy reasonable access so I proceeded to try to fish it out from the canopy; that was easier said than done. 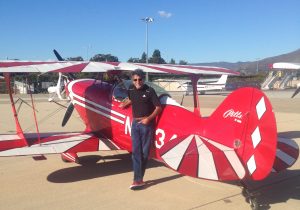 Every time that I reached for the pen with my left arm, my right arm would unconsciously decrease or increase the pressure on the stick causing the pen to dance around in the canopy, eluding my grasp.  Somewhere in this process I managed to release enough pressure on the stick and allowed the nose to drop; it was quite sobering when, for whatever reason, I focused my eyes outside the cockpit and saw the ground coming up; we were level then upright in a heartbeat.  And I eventually found the pen after landing.